This contemporary kitchen extension to a Regency Terrace in Colchester was recently completed. The client was looking to use large amounts of glass with minimal framework to let as much light into their new extension and existing home.

The clever flat roof design incorporates an overhang which will cast a shadow over the floor to ceiling bifold doors during the summer to prevent the room overheating. The tall glass doors and windows will allow light and heat to radiate in during the autumn to spring allowing free energy from the sun to assist in heating the room during the day.

Two sets of SF55 bifold doors were specified due to its narrow frames and high-quality German engineering. The systems come together at a steel corner post, which has been cloaked in an aluminium pressing to create a uniform appearance across the entire facade. The bifold doors feature a flush track design allowing a seamless transition between inside and out. At 2,800mm high, the doors run continuously from floor to ceiling with no additional horizontal breaks providing large picture windows to the large garden.

We also installed a number of our Skyline flat roof systems allowing more light into the property. The external pane of glass was upgraded to Planitherm 4S on our recommendation. This clever glass reflects much of the sun’s heat to prevent the room from becoming a greenhouse in the warm months. 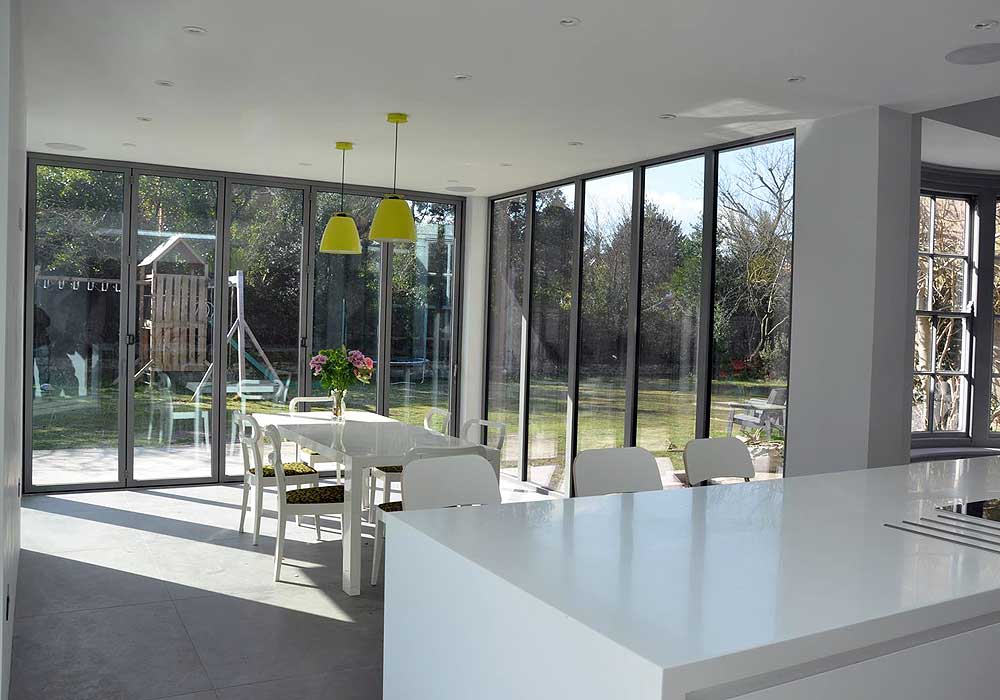 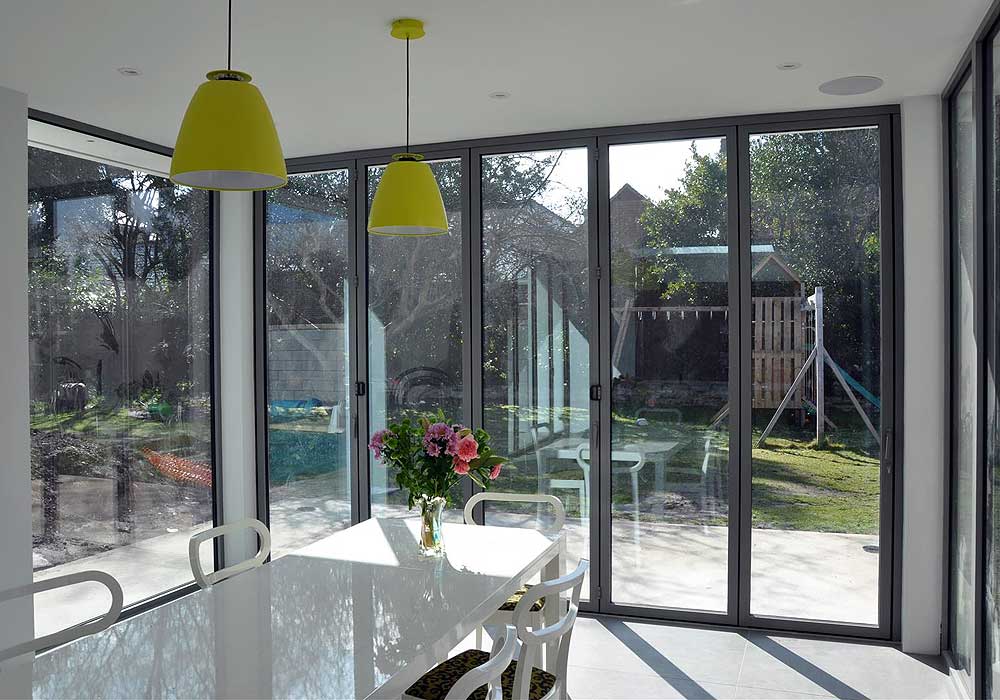 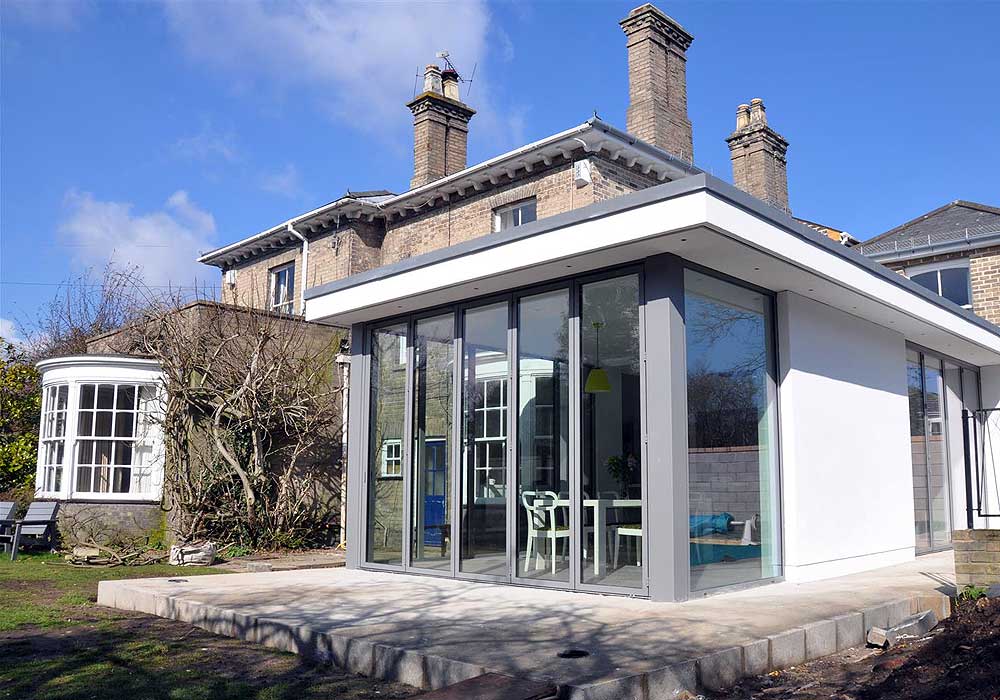 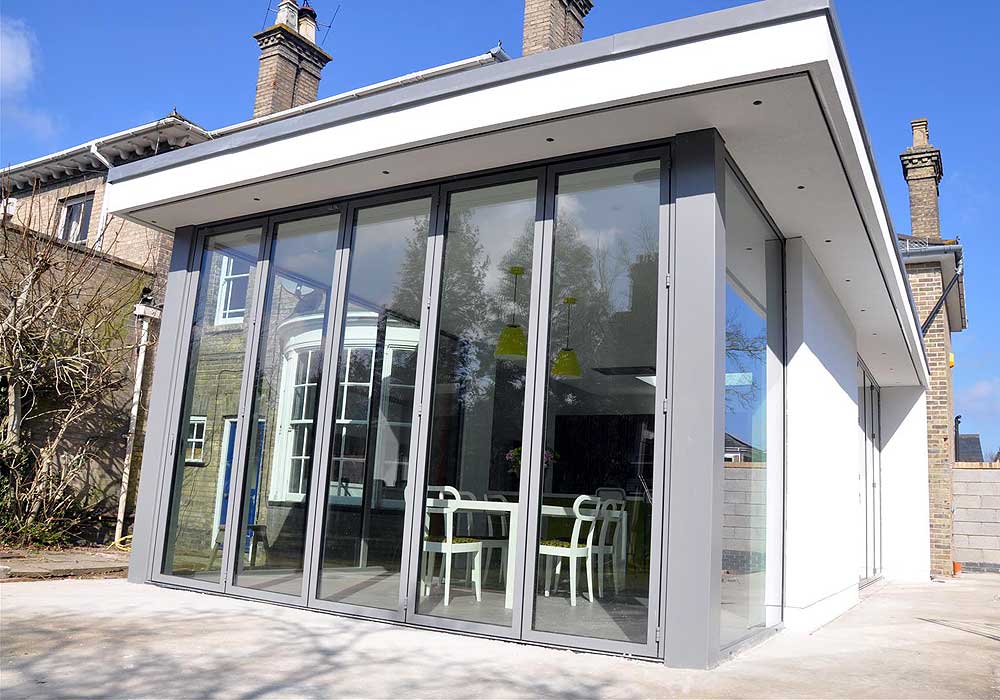 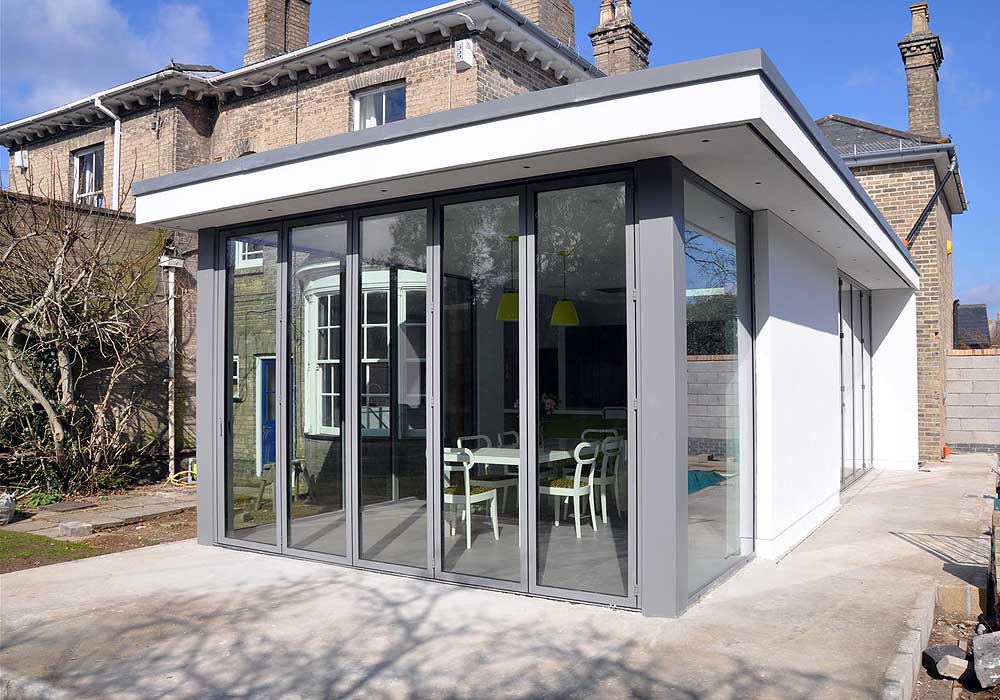 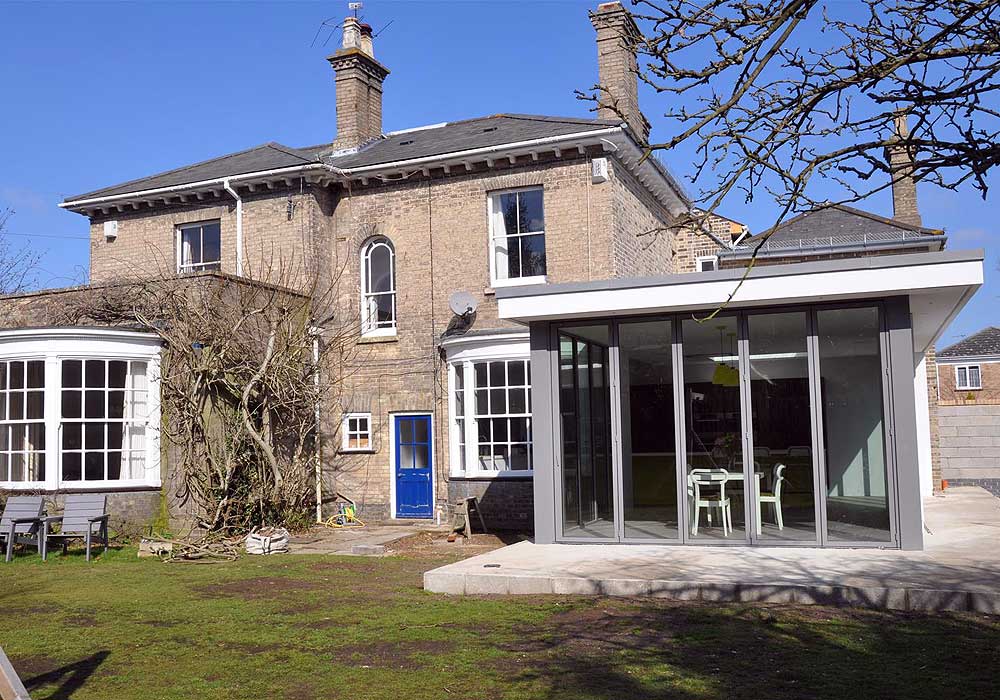 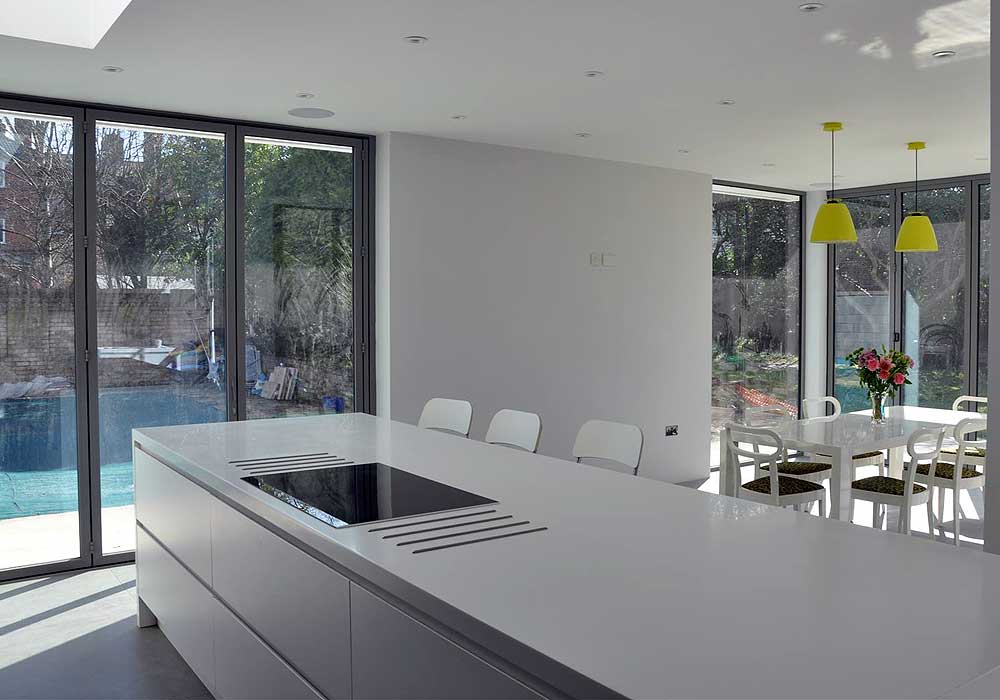 DISMISS
Hide
WE ARE OPEN | We are continuing to support new and existing customers - talk to us about your project.